“One of the most exciting bands I’ve seen in the last couple of years!”

“A highlight of this summer’s Philadelphia Folk Festival!”

“The whole enterprise unites to generate a life force that can uplift the listener at every turn.”

For twelve years, Burning Bridget Cleary was a popular act on the Celtic and folk music circuits.

Bandleader Rose Baldino led the way with an unusual combination of charisma, crackerjack fiddle work, and tightly woven harmonies. The front of the band was shared with some of the best Celtic fiddle talent on the East Coast:

The driving rhythm and bass end was supplied by Lou Baldino on guitar and Peter Trezzi on percussion.

Known for their captivating sound and engaging stage presence, Burning Bridget Cleary earned a solid reputation for presenting high-spirited Celtic music at festivals, concerts, and music series all over the U.S., including two tours to Ireland.

While in Ireland, the band had a unique opportunity to visit the rural County Tipperary cottage of their namesake, Bridget Cleary, who is remembered as "the last witch burned in Ireland".

For over a decade, Burning Bridget Cleary performed and recorded five full-length CD’s of upbeat Celtic traditional and folk music. The band broke new ground in 2013 when their fourth CD, “Pressed for Time,” hit #1 on the Roots Music Folk and Roots Charts. Their second release, “Everything is Alright”, was awarded “2009 Album of the Year” by CelticRadio.net in Boston.

BBC’s music has been featured on hundreds of radio programs worldwide, including syndicated programs, Thistle and Shamrock, FolkScene, SingOut Radio, and The Midnight Special. 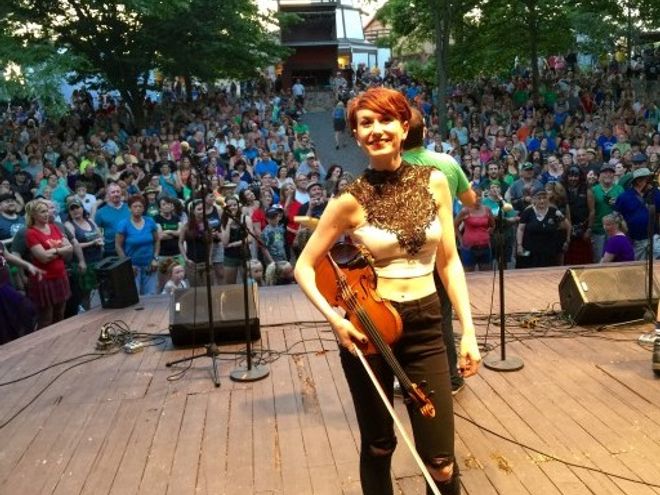 Rose was drawn to Celtic culture at an early age, asking her parents to drive her to every Irish and Celtic festival for miles around. Following her early years of classical training, at age thirteen she delved full-time into the Celtic fiddle style; beginning with a teacher just 1 1/2 years her senior, fiddler extraordinaire, Deirdre Lockman of the Lockman Family Musicians and Dancers. Thanks to fate, in 2012 Deirdre joined with Burning Bridget Cleary and spent two years with the band.

For four years as a young teen, she played with the Itinerant Fiddlers at the Goschenhoppen Folk Festival in northern Montgomery County, PA. As part of a father-daughter duo, she and dad, Lou, provided musical entertainment for Civil War balls, living history events, local clubs,  community, private and business venues in PA and DE for several years before the advent of "BBC".

Rose graduated from Temple University with a bachelor's degree in communications and went on to earn a Master's in Counseling Psychology from Arcadia University. She teaches violin and fiddle lessons to students of all ages and spent two years working as an intern for the Philadelphia Folksong Society.

Rose now performs, writes and records music with her husband, Brian Buchanan of Enter the Haggis. Their band is called House of Hamill. 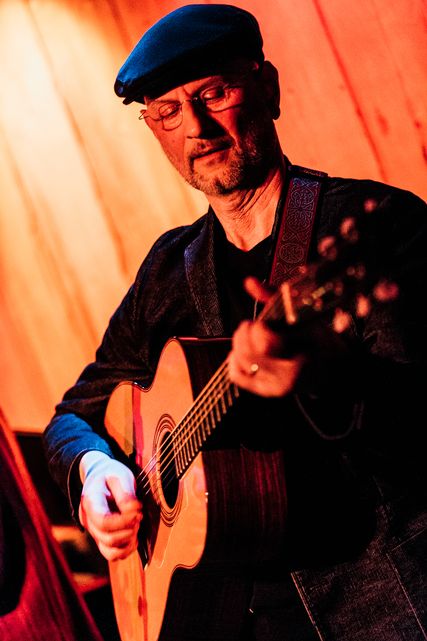 Lou, a veteran in the music business, had a guitar in his hands at age 5 and began playing professionally at age 12. Throughout the 60's, 70's and 80's, he traveled and recorded with a variety of bands - including 3 years of travel with the famous Platters, as part of their backup band. Lou spent a good part of the 80's playing with the Michael Carney Orchestras out of NYC. With this orchestra, he had the honor of performing in Washington D.C., for the inauguration of President George H. W. Bush in 1988. Lou began backing up Rose's fiddle playing in 2002 and soon became immersed in a love for Celtic music. The rest is history.